Audi e-tron GT VS. Tesla Model S: How Do They Compare?

Tesla is no longer the only game in town.

Tesla has had the all-electric luxury sedan and crossover market to itself for too many years now, at least that’s how automakers like Audi feel. At this year’s LA Auto Show, Audi unveiled its e-tron GT concept, which heavily previews the production version set to arrive for the 2021 model year. Assuming the production version will closely mirror the specs of the concept, then the Tesla Model S have something to worry about? Well, let’s compare some numbers. But first off, we’re using the Model S 75D version because there’s a greater chance e-tron GT buyers will cross shop with that variant. So let’s get started. 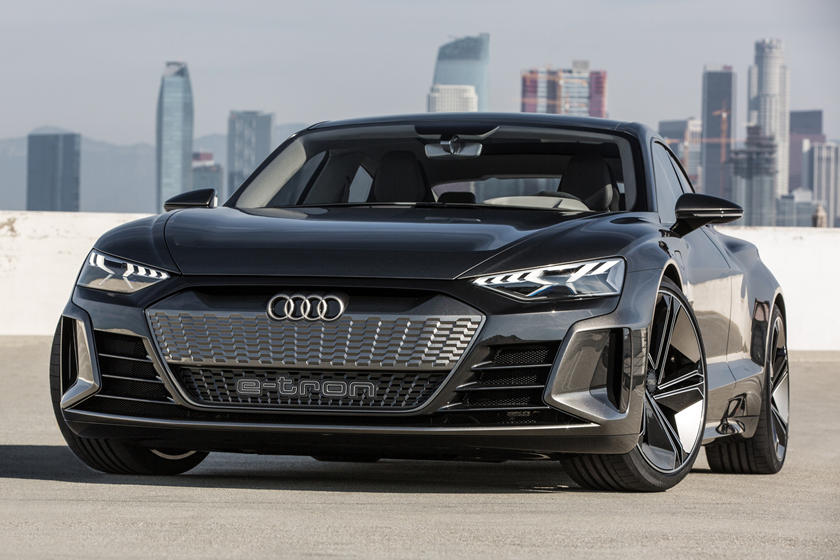 The 2021 Audi e-tron GT will come with a 90 kWh battery good for a range of 248.5 miles under WLTP rules. The Model S has a 75 kWh battery with an EPA-rated 259 miles. Believe it or not, EPA range testing is said to be a bit more accurate than the European method. Therefore, the Model S has the advantage here, but remember: both Audi and Tesla will continue to improve their respective range-related technologies by the time the production-spec e-tron GT arrives.

The e-tron GT concept can reportedly charge to 80 percent in 20 minutes. Meanwhile, the Model S can recharge to a 170-mile range in 30 minutes with a DC fast charger, but using a Supercharger will likely better than time. It's also important to bear in mind that by the time the Audi goes on sale, Tesla will no almost surely improve its batteries and Supercharging network even more. As for home charging, the Model S comes with a 11.5 kW onboard AC charger that needs to be plugged in, while the e-tron GT has an 11 kW wireless charging system.

Without question, the Audi has the advantage. It will go from 0-60 mph in 3.5 seconds and tops off at 149 mph. The Model S 75D does the same deed in 4.2 seconds and 140 mph. Audi also notes its EV can continue to perform at its peak without the driver having to make driving concessions (meaning to take it easy). The Tesla, meanwhile, automatically begins to cut back power following hard usage.

There’s no question with this one. The Tesla Model S can seat five comfortably and also has those optional rear jump seats. The Audi e-tron GT, however, has seating for four. But remember, this is the concept version. The production e-tron GT may gain a fifth seat.

As far as everything else goes, namely styling inside and out, it’s purely one’s personal tastes. To us, the Audi is the better-looking vehicle, but we need to bear in mind it’s still a concept and styling is always toned down somewhat for production. Also, the Tesla Model S is six years old, so it’s okay to say the design might be somewhat dated, but we still think it looks great today.